Marcus’ voice over work has seen him work for a broad selection of clients across the country.

With work in film, television and radio advertising, documentary narrations, e-learning materials and animations, Marcus brings a wealth of experience to any read.

With a deep, warm and resonant voice, Marcus presents his reads with a familiar warmth sure to capture the ear of any listener.

More about Marcus…
Marcus studied a Bachelor of Creative Arts, Theatre (Acting) at the University of Southern Queensland. Since then, Marcus has gone on to train with Patsy Rodenburg, the world authority on actors vocal practices, legendary Hollywood acting coach Larry Moss and British theatre icon Mike Alfreds, through 16th Street Actors Studio.

In 2019, Marcus travelled to New York to train at the Patsy Rodenburg Centre for Voice and Speech. Under the direct tutelage of Ms Rodenburg, Marcus will be one of fifty Registered Rodenburg Master Teachers globally, and the only certified practitioner in Australia.

Marcus is an Australia Council for the Arts funding recipient, through the Career Development Grant, 2019, which has supported his training with Patsy Rodenburg.

In August 2017, Marcus became Tutor in Voice/Acting at the University of Southern Queensland, in the undergraduate Bachelor of Creative Arts, and since 2020 has been Associate Lecturer in Theatre, teaching across Voice and Acting.

Marcus can be contacted through his agent: 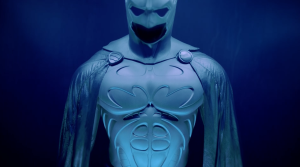 Marcus takes on the world

Marcus Oborn has his sights set on world domination. Recently he stepped into the booth for Warner Bros Movie World to help bring Hooray for Hollywood to tourists visiting the theme park and the Batman Legacy exhibition. Then he… 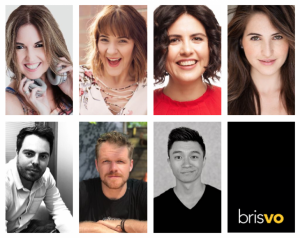 While the world has been in lockdown the brisVO collective has been working overtime on its A-Game. And now, the home of Brisbane’s hottest voice talent is very excited to welcome seven new faces to the fold.