Thomas Larkin is a graduate of the Victorian College of the Arts (VCA); Bachelor of Fine Arts, Acting. He has performed with highly reputable companies such as Queensland Theatre in Good Grief, The Wider Earth (co-production with the Dead Puppet Society) which was also programmed at the Sydney Opera House for Sydney Festival; Macbeth; Romeo and Juliet; a national tour of Treasure Island (co-production with Matrix Theatre Company) and a Queensland tour of The Lost Property Rules. Thomas has also performed with La Boite Theatre Company in The Wizard of Oz (co-production with The Danger Ensemble for Brisbane Festival); As You Like It; Julius Caesar and Hamlet. In 2017 he featured in I Just Came To Say Goodbye for The Good Room as part of Brisbane Festival.

Since 2014 Thomas has partnered with the Brisbane Powerhouse as both a performer and a producer; for Laura Eason’s Sex With Strangers which attracted a 2015 return season and Sam Shepard’s True West in 2016. Both productions received Matilda Award nominations; for Thomas in the category of Best Male Actor and Best Independent Production. His film, television and digital credits include multiple award-winning series Homecoming Queens (SBS On Demand); For a Good Cause and The Mother Load (Screen Queensland); RUSH (Network 10); award-winning short film The Neon King (Griffith University); and short film And The Winner Is (Screen Queensland) which recently debuted in Los Angeles for Screamfest.

Thomas is a recent recipient of the Brisbane City Council Lord Mayor’s Young and Emerging Artists Fellowship. In 2019 he will appear onstage in the iconic role of ‘Biff Loman’ in Arthur Miller’s classic play Death of a Salesman for Queensland Theatre.

“Thomas has done a sterling job. Love his work – it’s fabulous. Especially his transition between characters. The distinction is terrific. I was listening on the train platform, and when he read the opening section of My One Redeeming Affliction in the voice of Edwin Stroud, I was instantly transported back into the late 19th century which was an unexpected delight! Please accept and pass on my congratulations and heartfelt thanks for a brilliant job done. I can’t even begin to imagine the work involved in reading and recording that beast of a thing with all of those characters. BRAVO! It sounds SUPER!”

– Bernard Gallate, author of The Origin of Me.

Thomas can be contacted through his voice agent: 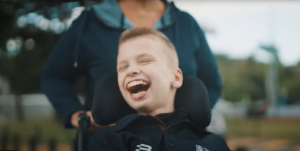 Thomas gets to work for Carers Queensland

The talented Thomas Larkin was recently asked to lend his voice to a web advertisement and TVC was created for Carers Queensland, an organisation that helps connect people with the National Disability Insurance Scheme. 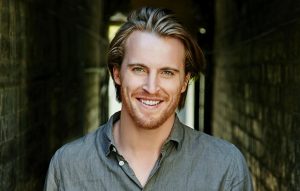